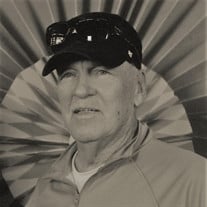 OBITUARY John C. McKay John C. McKay, 81 years young of Millstadt, IL, passed away on September 29, 2019 at home in Millstadt, IL after a brief and courageous battle with cancer. He was born December 19, 1937 in St Louis, MO. John retired from Famous Barr after 42 years. He worked his way through the ranks to become Vice President of Distribution and Manager of the Spring Avenue Warehouse. He was a charter member of the National WWII Museum, a founding member of the National Museum of the US Army, a member of the USO. John was a very patriotic veteran and continuously supported the military. John and his wife, Jackie, shared a passion for training their Labrador Retrievers and traveled the country competing in and judging field trials. One of his most memorable accomplishments was making the National Derby List with his dog, Adam. John and his son, Gary, shared a love of cars and Formula I racing. He enjoyed showing his various cars and was very proud of placing 2nd at a National "Z" Show in Atlanta. John fished with his son, Jeff and hunted with his brother-in-law, Don, whenever he got the chance. He was a graduate of Roosevelt High School in St. Louis, Mo. where he lettered in Track and Field. Surviving are his wife, Jackie nee Savage McKay, his two sons, Jeff (Leslie) McKay, Gary (Diane Cain) McKay; his daughter, Jeannette (Fernando Lusk) Saak; his five grandchildren, Jessica (Brian) Tucker, Brett (Sierra) Saak, Brendan Saak, Jonathan "Max" McKay, Zachariah Lusk; his three great-grandchildren, Eleanor Tucker, Thea Saak, Charlotte Newberry; his sister, Helen Louise Solomon; along with other relatives and friends. He was preceded in death by his mother, Helen Ryan, and his parents, James and Marie McKay; his brother, James McKay. A Life Celebration Visitation will be Saturday, October 12, 2019 from 1:00-3:00 PM, at Leesman Funeral Home in Millstadt, IL. Life Celebration Services will be held on Saturday, October 12, 2019 at 3:00 PM, with Deacon Tom Powers officiating. The family requests you to bring your favorite photo of John to place on the photo board and to share a favorite memory. In lieu of customary remembrances, the family requests with gratitude that memorial contributions be directed to The National World War II Museum, 945 Magazine Street, New Orleans La 70130 or Camp Ondessonk, 3760 Ondessonk Road, Ozark, Il 62972. For more information, please access our website, www.leesmanfuneralhome.com . Arrangements were entrusted to Leesman Funeral Home -Millstadt, IL.

The family of John C. McKay created this Life Tributes page to make it easy to share your memories.

Send flowers to the McKay family.