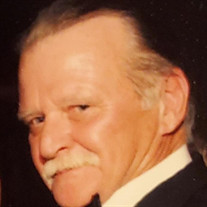 Dupo- James R. “Jim” Counsell, 78, of Dupo, passed away at 6:50 PM, Saturday, August 28, 2021, at Four Fountains Care Center in Belleville. Jim was born on February 27, 1943, in East St. Louis to Nathan and Mildred (Kramer) Counsell. He worked 38 years for Ethyl Corp (which later became Afton Chemical) in Sauget. He was a personable and outgoing man who rarely met a stranger. He coached Little Knights Football for many years and enjoyed riding motorcycles. He enjoyed spending time outdoors in his vegetable or flower garden, barbequing, fishing, and camping. He was a caring man who enjoyed time with his dogs and will be dearly missed. He is survived by two daughters- Jami McNall and husband Kevin of Arnold, MO and Lora Anzalone and husband Tony of Webster Groves, MO, son, Rick Counsell of Rockford, IL, stepdaughter- Rachel and husband BJ Horn of Dupo, nine grandchildren- Jordan and Cohen McNall, Ciro and Frankie Anzalone and Alyssa, Nathan and Benjamin, Tyler and Logan, brother- Dennis Counsell and wife Delores of Belleville and numerous nieces and nephews as well as his beloved dogs- Lexi and Bella. He was preceded in death by his parents- Nathan and Mildred, two daughters- Debbie and Robin, two brothers- Thomas Counsell and Robert Counsell and sister- Marjorie Oliver. The memorial service will be held at 6:00 PM, Thursday, September 2, 2021, at Leesman Funeral Home in Dupo. Jim Jarvis will officiate. A memorial visitation will be from 4:00 PM until time of service at Leesman Funeral Home in Dupo. Memorial donations are suggested to Unity Hospice and will be accepted at the funeral home. For more information, please visit www.leesmanfuneralhome.com

The family of James R. "Jim" Counsell created this Life Tributes page to make it easy to share your memories.

Send flowers to the Counsell family.