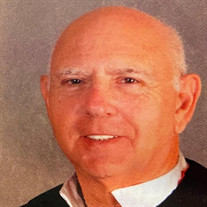 Robert D. “Bobbi” Gibson, 74, of Dupo, passed away at 5:56 AM, Friday, October 22, 2021 at his home. He was born February 27, 1947, in St. Louis, MO to Ed and Lottie Mae (Moss) Thurmond. He married Debbie Browning on Halloween 2009. Bobbi worked for several years as a driver for Riley Ready Mix. He enjoyed riding his Harley Davidson and was a member of the Stone Celts Motorcycle Club with Frieze Harley Davidson in St. Louis. He was born to drive trucks and tinker with automobiles. He enjoyed spending time with his dogs; Lily Belle and Flea, and cats; Fatty, Dorian, Harley, Callie, and Punkin. He loved spending time with his beloved princess, Debbie, most of all. Surviving are his wife, Debbie Jean Browning-Gibson of Dupo and son, Daniel Browning of Dupo, along with several nieces, nephews, and other relatives and friends. He was preceded in death by his parents and an infant daughter. A memorial service will be held at the family home on the evening of November 6, 2021. Brother Sam Kincaid will officiate. Memorial arrangements were entrusted to Leesman Funeral Home in Dupo. For more information, please access our website, www.leesmanfuneralhome.com. Arrangements were handled by Leesman Funeral Home.

The family of Robert "Bobbi" Gibson created this Life Tributes page to make it easy to share your memories.

Send flowers to the Gibson family.