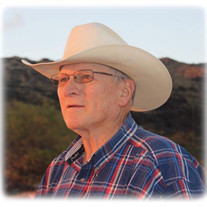 Paul Delbert Arthur Kremmel, 68 years, of Red Bud, IL, passed away on March 27, 2021 at his residence, with his family at his side. He was born June 27, 1952, in East St. Louis, IL. He was the son of the late John and Opal, nee Weston, Kremmel. He was married to Diana, nee Juergens, Kremmel, who survives him. They were married on June 9, 1973 at Holy Cross Lutheran Church. Paul was a 1970 graduate of Dupo High School and had earned a bachelor of science degree from SIUE. He had worked for the Monroe County Conservation District as a resource conservationist and had retired from the NRCS as a GIS specialist. He was also a farmer in the Red Bud area. Paul was an elder at Holy Cross Lutheran Church, where he also taught Sunday School. He was a member of the American Legion and a life member of the NRA. He was a veteran of the U.S. Marine Corps and served during the Vietnam War. Also surviving are his son, Jacob (Christina) Kremmel and daughter, Katherine (David) Duncan; grandchildren, Ava Kremmel, and Noah Duncan; brothers, Larry (Paulette) Kremmel, and John Kremmel; father-in-law, Arlen Juergens; brother-in-law, Dale Graff; two sisters-in-law, Donna (Ravi Sidhu) Juergens and Maralee Juergens, along with other relatives and friends. He was also preceded in death by his sister, Dorothy Graff; mother-in-law, Carol Juergens; sister-in-law, Judy Kremmel and brother-in-law, Richard Juergens. Visitation will be Tuesday, March 30, 2021, 4:00 pm - 7:00 pm, at Lawlor Funeral Home, Columbia, IL, and Wednesday, March 31, 2021, 1:00 pm - 2:00 pm at Holy Cross Lutheran Church, East Carondelet, IL. Funeral Services will be held 2:00 pm, Wednesday March 31, 2021 at church with Rev. Ralph Laufer officiating. Interment will follow in the Holy Cross Lutheran Cemetery, Millstadt, IL. In lieu of customary remembrances, the family requests with gratitude that memorial contributions be directed to: Holy Cross Lutheran Church - Organ Fund, 7640 Triple Lakes Rd., East Carondelet, IL, 62240 or Life Network of Southern Illinois, 722 N. Market St., Waterloo, IL 62298.

The family of Paul Kremmel created this Life Tributes page to make it easy to share your memories.

Send flowers to the Kremmel family.