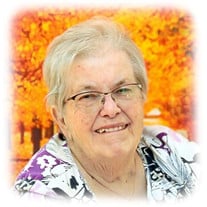 Kathryn A. Bellm, 88 years, of Columbia, IL, passed away on January 31, 2020 at Oak Hill Care Center, Waterloo, IL. She was born October 25, 1931, in Murphysboro, IL. She was married to the late Herman J. Bellm. They were married December 27,... View Obituary & Service Information

The family of Kathryn A. Bellm created this Life Tributes page to make it easy to share your memories.

Kathryn A. Bellm, 88 years, of Columbia, IL, passed away on January...

Send flowers to the Bellm family.