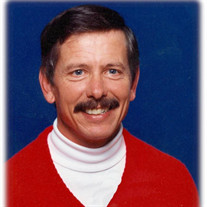 Jerry Lee Powles left his earthly home and went to heaven on October 20, 2021 in Millstadt, IL at age 73. He was born on May 27, 1948 in Chester, IL to Gilbert W. and Juanetta C. (McConachie) Powles. One of 4 children, Jerry always told stories of growing up on the family farm and going ‘coon hunting with his dad and brothers. He went to TRICO High School (Class of 1966), where he was voted Most Dependable, a trait he never lost. Jerry attended Southern Illinois University in Carbondale before being drafted into the United States Army. He served in the Vietnam War from February 1969 to February 1970 with Bravo Company, Fourth Battalion, Ninth Infantry Regiment (Manchu), Twenty-Fifth Infantry Division. Jerry was awarded several medals including the Combat Infantry Badge, Bronze Star Medal, Army Commendation Medal with V Device, Air Medal, Republic of Vietnam Campaign Medal with 60 Device, and Vietnam Service Medal. Jerry served 12 years in the United States Army, reaching the rank of Sergeant First Class. Throughout his service, he developed countless friendships that have stood the test of time. Following his time in the Army, he became a correctional officer at Marion Federal Penitentiary, where he was awarded the Legion of Honor Award. Soon after, Jerry continued his work for the federal government as a letter carrier for the United States Postal Service. He retired in 2007 having faithfully completed 38 ½ years as a civil servant. He was a member of the American Legion Post #502 and VFW Post #7980 in Millstadt, IL. Jerry loved working with his hands, and you could always find him outside in the sun starting the next home improvement project, tending to his garden, or catering to the yard. He spent much of his time as more than just a father but a friend - often found with his eldest son Chris repairing and restoring old automobiles or cheering on his son Jon in everything from math team to wrestling. He was extremely proud of his children, and never passed up the opportunity to share their latest accomplishments. Always in touch with nature, Jerry enjoyed camping, fishing with his sons, and listening to the birds on his back porch. With the personality to light up a room, Jerry, or JerBear as his close friends and family called him, always had the perfect one-liner for every situation. He will be remembered as always willing to lend a helping hand, share a drink with a friend, or tell a story in a way only he could. Surviving are his three children, Angela (Powles) Davis, Christopher Powles, and Jonathan Powles; mother of sons, Theresa Benassi-Powles; two brothers, Jim (Nancy) Powles of Ava, IL, and Lane (Pam) Powles of Ballwin, MO; a sister, Georgia (Joe) Dolce of Silver Lake, WI; nieces, nephews, other relatives and friends. He was preceded in death by his parents Gilbert and Juanetta Powles. Friends and family are invited to a wake on Thursday, October 28th from 4 - 7 pm at Leesman Funeral Home in Millstadt with a service at 7 pm. The military burial will be Friday, October 29th; a final viewing will be 8:30-8:45 am at the funeral home, followed by a funeral procession to Jefferson Barracks, and Military Honors at 8:45 am. Please come to help us celebrate Jerry, who will forever live on in our hearts and memories as a loving father, friend, and veteran. In lieu of customary remembrances, the family requests with gratitude that memorial contributions be directed to: Fischer House Foundation #1 Jefferson Barracks Drive, St. Louis, MO 63125 or Wounded Warrior Project, 230 W. Monroe Street Ste:200, Chicago, IL 60606 or Vietnam Manchu Association, c/o of Bob Lannon - Treasurer, 3868 West County Road 350 North, Danville, IN 46122. For more information, please access our website, www.leesmanfuneralhome.com. Leesman Funeral Home, Millstadt, IL, handled arrangements.

Jerry Lee Powles left his earthly home and went to heaven on October 20, 2021 in Millstadt, IL at age 73. He was born on May 27, 1948 in Chester, IL to Gilbert W. and Juanetta C. (McConachie) Powles. One of 4 children, Jerry always told stories... View Obituary & Service Information

The family of Jerry L. Powles created this Life Tributes page to make it easy to share your memories.

Jerry Lee Powles left his earthly home and went to heaven on...

Send flowers to the Powles family.