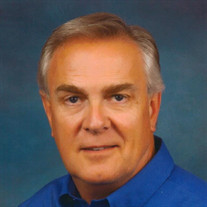 James Albert “Jim” Snider, 70, of Herrin, passed away at 3:38 PM, Thursday, October 29, 2020 at Herrin Hospital. Jim was born on October 26, 1950 in Herrin to Albert Henry and Ruth (Howerton) Snider. He married his true love Mary Jane Gray on June 27, 1969 at Crab Orchard Methodist Church. He attended Energy Grade School and graduated from Herrin High School in 1968. Next, he graduated from SIU in 1973 with a degree in History and Education. Later he attended Rutgers University for banking certificates. He had a long career in the banking industry prior to his retirement as Senior Bank Examiner for the State of Illinois. He began working at the Bank of Benton before moving to University Bank in Carbondale and then as one of the founders of Peoples Bank. Jim never met a stranger or was afraid to share his faith in God with others. He was a spontaneous man who was always ready for a trip or adventure. He was a caring man who loved being around and serving people. He enjoyed sharing his faith and love of music as a founding member of the Truthseekers Gospel Quartet and held annual homecomings. He was a longtime (55 years) and active member of Lone Oak Baptist Church in Energy where he served as song leader, Sunday school teacher and deacon. He was civically active and served several years on the Board of Trustees at John A Logan and many years on the Herrin Unit #4 School Board where he held several positions and was Board President from 2001-2003. After retirement he currently worked as substitute teacher for Herrin Unit #4 where he developed many friendships. In his spare time, he enjoyed travelling with his friends and family, collecting classic automobiles and record albums, going to and competing in local car shows and singing and playing music. He most loved spending time with his family, especially his grandchildren. He is survived by his beloved wife- Mary Jane Snider of Herrin, daughter- Amy Jill Gooch of Herrin, son- Jason Gray Snider and wife Vicki of Campbell Hill and daughter- Lindsey Jayne Bush and husband Blake of Herrin. 6 grandchildren- Megan Taylor Gooch, Eli Parker Gooch, Karlee Alexis Snider, Keely Sophia Bush, Braxton James Bush and Kai Luka Bush; three sisters, Elaine Holder and husband Butch of Herrin, Jane Cagle and husband Fred of Energy, and Sharon Hindman and husband Keith of Olathe, KS. Also surviving are many nieces and nephews and great nieces and nephews along with many close friends. He was preceded in death by his parents. The funeral service will be held at 11:00 AM, Wednesday, November 4, 2020 at Lone Oak Baptist Church in Energy. Rev. Jerry Schell, Rev. Gilbert Craig and Pastor David Dyer will officiate. Burial will follow at Egyptian Memorial Gardens. Visitation will be from 4:00 PM until 8:00 PM, Tuesday, November 3, 2020 at Lone Oak Baptist Church in Energy. Funeral arrangements were entrusted to Leesman Funeral Homes of Southern Illinois under the direction of Devin P. McCluskie and Joni Binkley-Ross. Due to health concerns related to the COVID-19 virus, social distancing is advised and the wearing of masks is required. In lieu of customary remembrances, the family requests with gratitude that memorial contributions be directed to Unity Christian School or Lone Oak Baptist Church . For more information, please access our website, www.leesmanfuneralhome.com.

The family of James Albert "Jim" Snider created this Life Tributes page to make it easy to share your memories.

Send flowers to the Snider family.